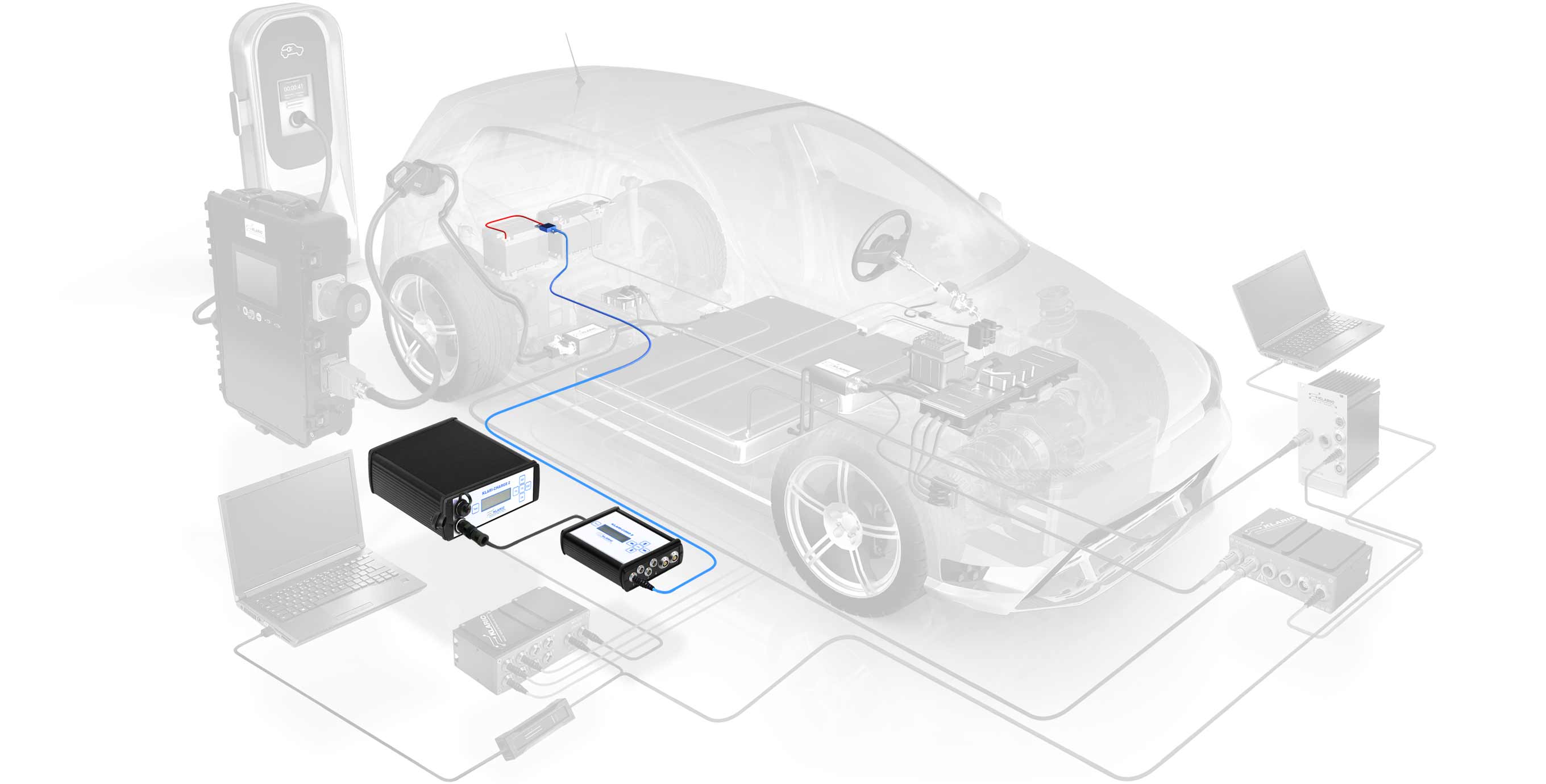 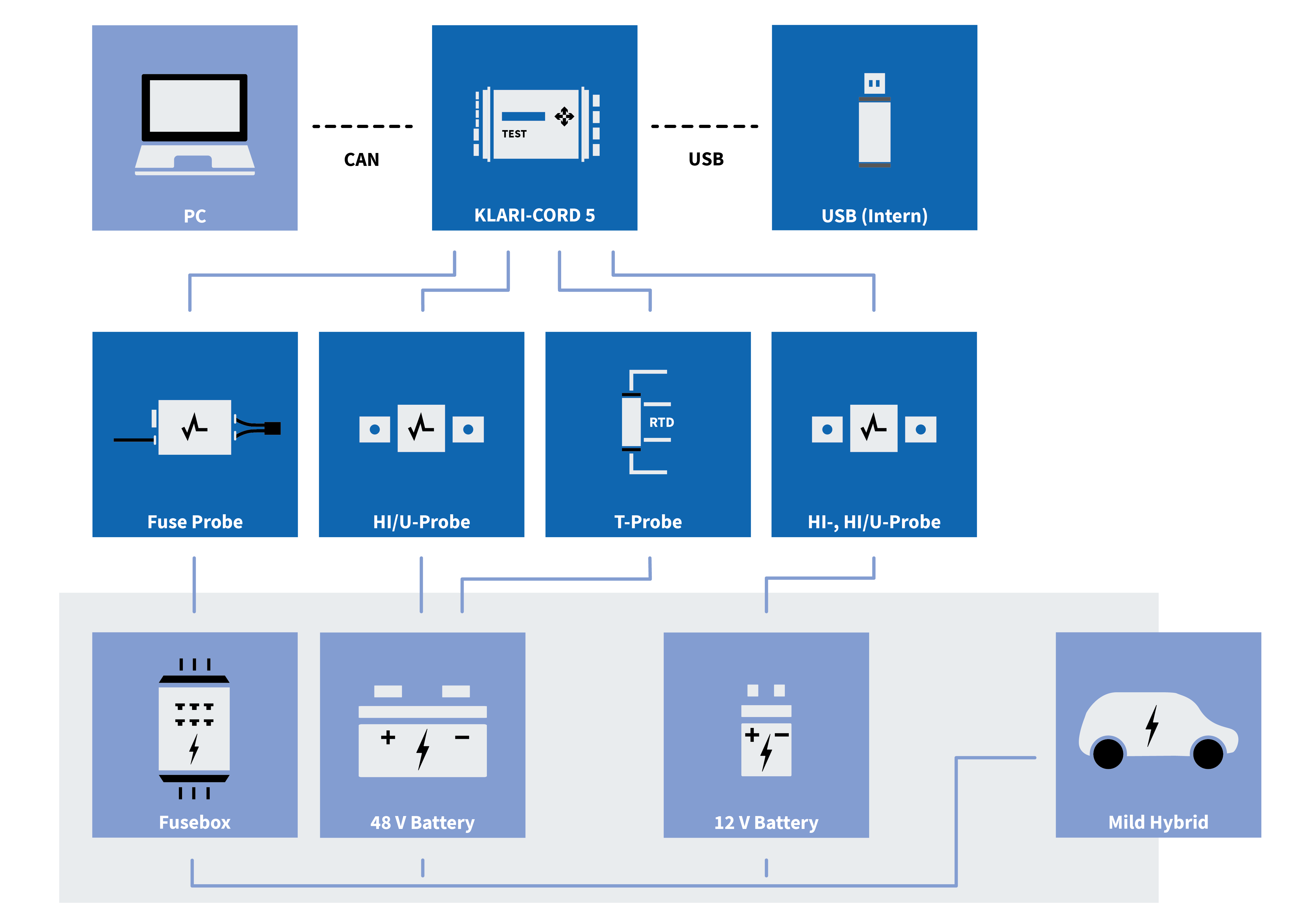 The measurement of currents and voltages is already an integral part of the test program in the early vehicle development stages and accompanies the development process through all stages up to series production release. In the early stages of development, the individual components and their interaction are not yet optimized in terms of power consumption. Quiescent current measurements with a high measured value resolution cannot be sensibly carried out here, as several 10 A can sometimes flow. Only in later development phases is a consumption level reached at which meaningful quiescent current measurements can be carried out in order to detect "black sheeps".

Automobile OEMs use the KLARI-MOD and KLARI-CORD measurement modules from Stefan Klaric GmbH&Co.KG, Stuttgart, for measurements on the complete vehicle. Compared to the measurement technology used in the past, where different shunts were connected in the measurement path depending on the expected current, these modules can measure the entire current range typically occurring in the vehicle with one shunt - see Table 1.

The measuring resistor has an extremely low resistance of 200 µΩ in order to influence the voltage level as little as possible. The ADC used has 5 measuring ranges with a resolution of 16 bits each, which are automatically adapted to the respective measured value in autorange mode. Depending on the measured value, a microprocessor takes over the ADC range switching, the further processing as well as the output of the measured values. Both module types have 3 measuring channels with which, in addition to current, either 2x voltage (e.g. battery and generator voltage) or 1x voltage and 1x temperature (PT1000, e.g. for battery temperature) can be recorded.

While KLARI-MOD outputs the measurement data via CAN to a PC or external logger, KLARI-CORD is optimized for long-term measurements with low intrinsic current consumption and integrated measurement data memory (USB-Drive) and also handles battery balancing. The data can be analyszed with the Klari-Viewer as well as all common data analysis software on the market.